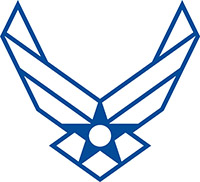 In August of 2018, prime contractor Diversified Technical Services, Inc. (DTSI) was awarded the HRSTS contract in support of the U.S Air Force’s Human Resources Systems Division. Soon after contract award, DTSI became aware that the project was in need of specialized engineering and key personnel in several areas, including Oracle Applications database engineering, IBM WebSphere administration, and DevOps testing . DTSI enlisted the support of OTS to augment their support capabilities in these critical areas.

Adding Team OTS to our portfolio significantly strengthened our capabilities and increased the value we provide our customers. They supply us with outstanding specialized expertise in the areas of database architecture, performance testing, and system administration that has really been a game changer. An Integrity based company with a strong customer focus.

OTS utilized its breadth of engineering talent to provide DTSI and the U.S Air Force with a team of accomplished systems administrators, database administrators, and DevOps testers at a more competitive price point than their previous partners. Our executive team has over 30 years of combined experience in government IT consulting. We’ve utilized the experiences and relationships fostered during these years to establish a deep well of veteran IT talent across a wide range of technical disciplines. We drew from that well to provide DTSI with cleared engineers who’ve delivered extensive value and innovation to the program.

The database administrators procured for the program are former Oracle employees and subject matter experts in their field. They’ve provided specialized expertise to meet the program’s unique requirements for database management and application authentication. They’re currently experimenting with cutting-edge CI/CD techniques for the program’s database tier that will provide great advances in version control and automated deployment and changes. OTS’ DevOps test engineers have made great strides in developing an automated testing framework and robust test strategy that has increased operational efficiency and provided new capabilities for the program.

Collectively, these efforts have added immense value for the HRSTS project. OTS filled the program’s gaps in technical expertise with subject matter experts who’ve provided innovative solutions for some of the program’s toughest challenges. Our agility and efficiency allowed us to provide talent to the program at a rate almost 10% lower that the program’s other partners. Partnering with OTS will save the program over $200,000 through the entire period of performance. 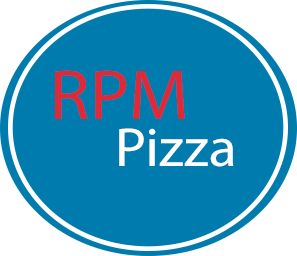 Since 2014, OTS’ team of engineers has architected and supported the Office 365 tenant of America’s largest Domino’s Pizza franchise. RPM Pizza, the largest Domino’s franchisee in the United States for over 36 years, operates over 187 stores in five states, including Indiana, Michigan, Mississippi, Alabama and Louisiana.

In the fall of 2014, RPM Pizza found itself in a conundrum. The company was enjoying great success, acquiring new stores and employees, and experiencing rapid growth. The organization’s technical capabilities lagged behind to a degree, as they had no centralized method of storing and sharing data between users, no company-wide real-time communication system, and no redundant system of controlling, filtering, and retaining its email messaging. The company’s stakeholders understood the necessity for these tools and services and enlisted OTS to architect an Office 365 solution to address these requirements.

Adding OTS helped us build an Office 365 solution that is flexible, scalable, and customized for our operation’s specific needs. It’s allowed us to reach new levels of communication and collaboration throughout our enterprise.

RPM’s lack of email messaging control created several problems for the organization. Executives received massive quantities of emails that needed to be dispersed throughout the company. The organization’s legal team needed messages archived to comply with litigation hold regulations. OTS implemented a system of hundreds of messaging rules to deliver the organization’s messages according to custom flows. We created retention policies to ensure that   messages from departments associated with litigation would be retained for a minimum of 5 years. We created spam filtering tailored to the unique requirements of the organization. Executives received many messages from overseas that would frequently be flagged as spam, so OTS utilized a combination of mid-level filtering and keyword filtering for common spam terminology. We also designed training courses to help the organization’s user base recognize common malicious email activity. We utilized PowerShell to perform common tasks like bulk account creation, bulk password changes, password policy modification, inactive mailbox identification, and licensing changes.

OTS oversaw RPM’s Skype to Teams transition. This included educating the user base on differences in the feature sets of the two applications and creating Teams groups for corresponding SharePoint sites for organization leadership. Our engineers implemented mobile device management for company owned and personal devices such as cell phones Microsoft Surface tablets. The feature was used to wipe devices and retire email applications and settings assigned using Intune after personnel changes.  To address problem major issues the organization was experiencing with password synchronization and locked accounts, OTS implemented multi-factor authentication and SSO with Azure Active Directory.